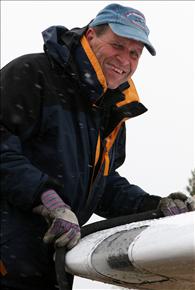 It is with heavy hearts that we announce the sudden and tragic passing of Grant Clifford Howatt, of Ladysmith, British Columbia, on Friday, August 16, 2013.

The most important things in Grant’s life were the great love of his wife and family, his passion and enthusiasm for flying and his love for animals.

Grant was born in Loon Lake, Saskatchewan, the middle child and only son, to Claude & Freda Howatt (Wagar).

Grant joined the military in 1967, where he was a pilot in the Navy.

Grant began his commercial flying career in Fort Simpson, Northwest Territories in 1980. Since his first bush pilot job, he’d accumulated over 16,000 flying hours along with an impeccable safety record.

After Fort Simpson, Grant and his wife Lorraine, were owners/operators of a small airline in Norway House, Manitoba.

The next business that they embarked upon was a flight school, Stage Air, in Penticton, BC.

Their subsequent great adventure was the float plane operation, Air Nootka, in Gold River, BC, where they were the proud owners & operators for over 12 years. 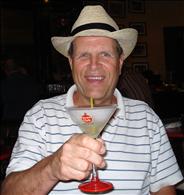 In 2007, they moved to Ladysmith, British Columbia, where Grant thought he might try his hand at retirement.

Retirement was not for him, so for the next 6 summers, he continued working as a bush pilot in the Yukon for his friend Cam, the owner/operator of Black Sheep Aviation.

In the summer of 2013, he was asked to do a little relief flying for the boys at Air Nootka.

Grant had a long and distinguished career as a bush pilot and was lucky enough to work, doing something he truly loved.

Grant’s enthusiasm for life took him to several places around the world. His generous spirit and helping nature will never be forgotten by anyone who knew him. He always put his back into everything he did. 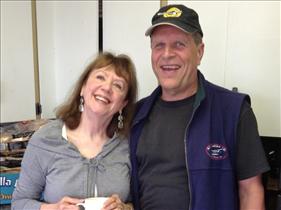 Grant will be always lovingly remembered by his family, beloved wife & life partner of 32yrs, Lorraine Howatt (Schultz), whom he adored.

Grant was a proud father who will be greatly missed by his two daughters, Bobbie Howatt and Tracie Henriksen (Howatt); & his precious granddaughters, Havana & Logan Henriksen.

He will never be forgotten by his two loving sisters Phyllis (Larry) Kesslar and Merle Dicks; his step-daughter April Stephens (Ulsifer) and her son, Mitchell Ulsifer; plus countless close friends and loved ones.

Grant is predeceased by his parents Claude and Freda Howatt (Wager) and his beloved black lab, Lady and her best friend Miss Kitty. 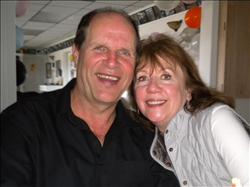 Those who knew and loved Grant are invited to attend a celebration of Grant’s life: to be held on October 19, 2013, at the Nanaimo Flying Club. Details at : www.nanaimoflyingclub.org/grant

To visit Grant’s online memorial, and (or) leave any condolences, visit www.telfordsladysmith.com