COPA Flight #91 was formed in 2001 at the Nanaimo Flying Club with 13 original members. The charter was presented by Ken Armstrong, then a director of COPA for BC/Yukon.

The mission of this Flight became flying Young Eagles and thus introducing youth to the aviation world by giving them a safety briefing, an overview of airplane parts/functions, and a 20 minute tour of Nanaimo and the Gulf Islands region. Wisely, lunch was provided after these introductory flights.

Three years after its formation, Flight 91 became dormant. In 2011, it was resurrected, then co-joined with the Nanaimo Flying Club. Meetings are held on the third Sunday of each month at the clubhouse. 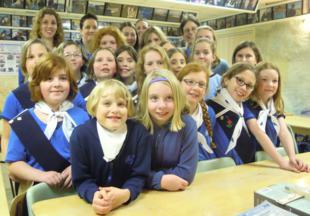 It was decided to combine elections of both the NFC and Flight 91. For example: (NFC President is the Flight 91 Captain)(NFC VP is Flight 91 Co-Captain) and (NFC Secretary is Flight 91 Navigator)

Are you a COPA Member and would like to volunteer your time for some of these kids, too? Excellent. It may change someone’s outlook on life, contact Flight 91’s Captain ‘here‘