Here’s some background information regarding the Quilchena airstrip (CBT6).  This airstrip is an “interesting” (i.e. challenging) gravel runway in the Quilchena valley  near Merrit.  Along with high altitude and hot summer temperatures, the gravel runway is 2,300 feet long and 50 feet wide, with obstacles on both ends.

One of these obstacles is an  historic hotel and general store, as well as a first class RV campground and golf course. 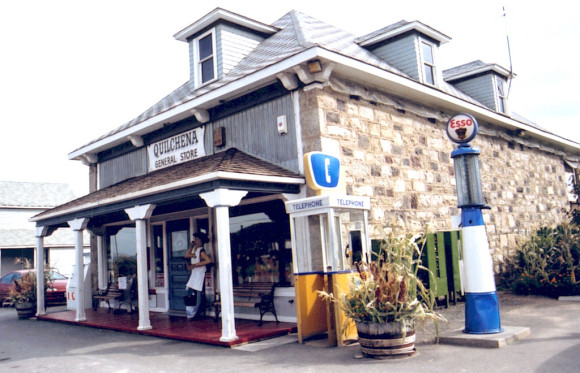 This news is passed along from the PACIFIC PILOT newsletter –

The Airstrip at Quilchena is now closed till probably September. I spoke with the people up there as to what the reasons were for closing it and they said it was to do with some safety issues. The issues had something to do with the irrigation systems there and also some concerns about the power lines which I think are the ones on the western approach when coming over the highway to land. They said they lowered the room prices and restaurant prices and improved the service. They also indicated that they were considering opening year round at the hotel but that would depend on the traffic in the winter season. September should tell the story whether the airstrip opens or not. it would be a shame if it did not open again !!