The 99’s Poker Ralley was delayed a week due to inclement weather, but this past weekend the event went ahead.  The Nanaimo desk was manned by Lucille and Malcolm Baster. 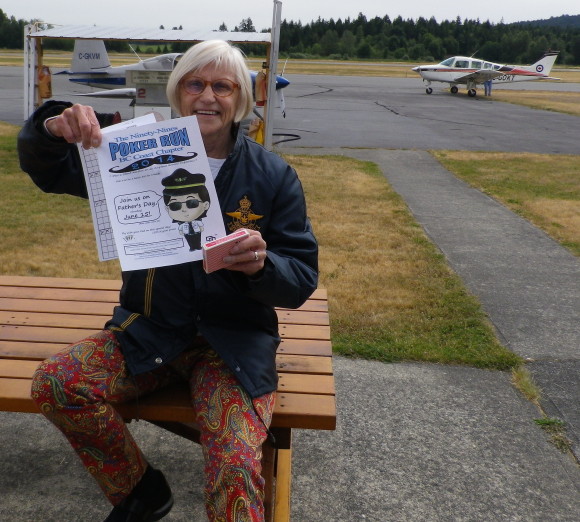 Lucille and Malcolm currently live a little south of Nanaimo at Cobble Hill, but I first met Lucille (Haley) when she was one of the few pilots in Canada of the female “persuasion,” and working as a professional flight instructor at the Edmonton Flying Club.  She figured prominently in my first solo flight circa 1970 — as witnessed by my old logbook: 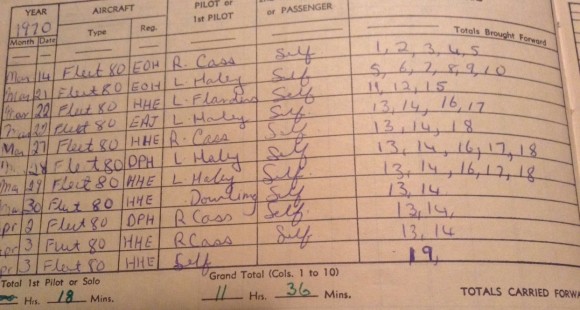 Around CYXD, Lucille was known for her strong character and unique style as illustrated by the Corvette she drove (and still owns), the altitude record she set in a Fleet Canuck (see clipping), and for getting married in an aircraft high above the city.  Her husband, Malcolm was a controller in the Edmonton Tower.

So, it was not only a great day for the 99’s Poker Event, but it turned into a wonderful chance meeting and reminiscing about our days in and around the historical Edmonton Municipal airport.  Our aviation community is a small world sometimes, isn’t it!?