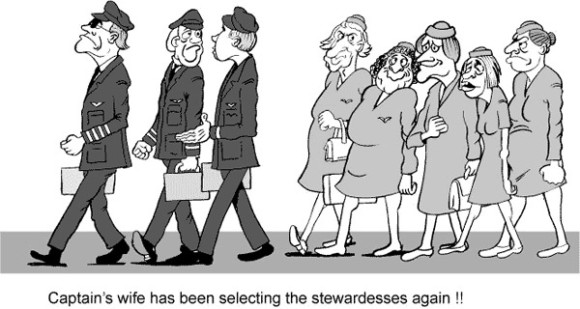 A good simulator check ride is like a successful surgery on a dead body.

An airline pilot is a confused soul who talks about women when flying, and about flying when he’s with a woman.

The only thing worse than a captain who never flew as a copilot, is a copilot who once was a captain.

Experience is gained through making mistakes. Mistakes are caused by a lack of experience.

Hand-flying an ILS in a gusty crosswind is easier than adjusting the shower controls in a layover hotel.

A smooth touchdown in a simulator is as exciting as kissing your sister.

Most airline crew food tastes like warmed-over chicken because that’s what it is.

Everything is accomplished through teamwork until something goes wrong . . . . . then one pilot gets all the blame.

Standard checklist practice requires pilots to read to each other procedures used every day, and recite from memory those which are only needed once every five years.

A crew scheduler has to be the kind of person who wakes his wife at midnight to carry out the garbage, then sends her back to let the cat in.

And I’ll add one more from aviaton author Len Morgan: 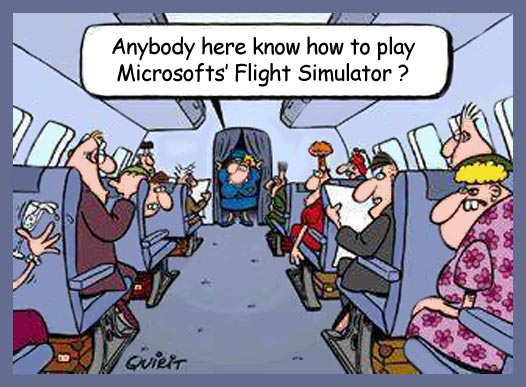